How To Manage Chronic Pain In The Elderly? 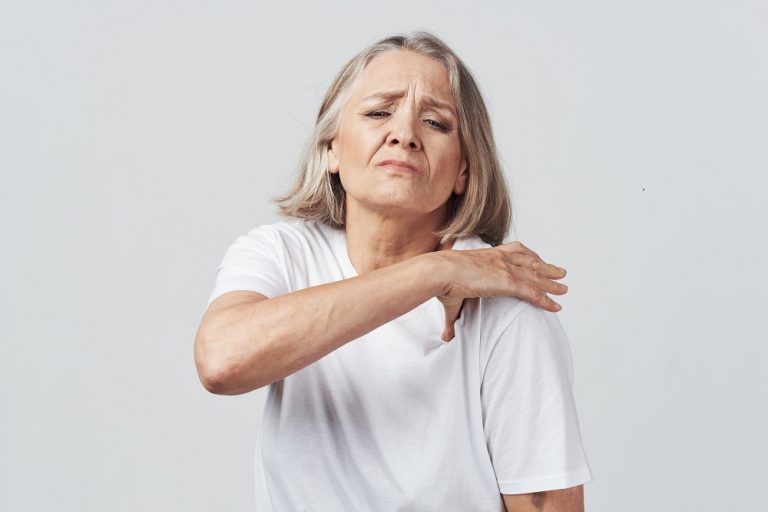 Is your senior family member coping with chronic pain? Chronic pain affects many older people. It is often due to disorders such as osteoarthritis and can become disabling.

Chronic pain is defined as pain that has persisted for at least three months, almost daily.

It is a pain that makes things difficult in your personal, professional, social, emotional life. But this is not inevitable. New therapies exist to relieve it.

The brain indeed conceals mechanisms capable of controlling pain in a way as important as the most powerful analgesics, such as morphine. It can send messages to the spinal cord to decrease or even block the transmission of pain.

Treatments exist to relieve pain. Learn how to manage chronic pain In the Elderly?

Almost 70% of people over 65 suffer from persistent chronic pain. The prevalence of pain increases with age: from the age of 85, 90% of seniors suffer from pain.

Unlike acute pain, which is a temporary sensation associated with an event such as an injury or an operation, chronic pain lasts three to six months or longer, causing other physical and psychological problems.

Chronic pain in older people can be caused by different factors:

Chronic pain of osteoarticular origin is most common in the elderly, especially after 80 years.

The elderly do not always share their suffering with the attending physician because they fear drugs and their side effects. Often considering pain as a fatality or a normal consequence of aging, they prefer to take their pain patiently and refrain from drugs that may reduce their autonomy.

However, if poorly treated, chronic pain risks becoming disabling for the elderly. The constant experience of pain can lead to depressive symptoms, anxiety, social problems, loss of appetite, and trouble sleeping.

How to talk to an older person about chronic pain?

One of the difficulties in treating chronic pain in the elderly is often even talking about it. Many seniors are unwilling to complain and talk about the pain. Others will find it difficult to describe it.

Communication plays an important role in the treatment of pain in the elderly, however, especially when the pain becomes unbearable and needs to be relieved in some way.

It is important to support the elderly person and to let them express what they are feeling so as not to miss strong distress. It is sometimes necessary to question your loved one several times before they agree to share their suffering.

Caregivers can learn to read the attitude of their loved ones when they are unable or unwilling to communicate verbally.

Look for the following signs:

Before consulting, also try to speak with your loved one to better understand their pain and describe it to the attending physician, in order to obtain the most suitable treatment.

How to treat chronic pain in the elderly? 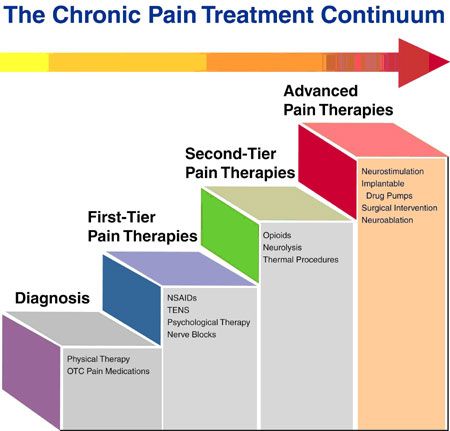 There are actually different methods of treatment that can reduce the pain and make it bearable. In addition to an active lifestyle, there are different treatments ranging from physiotherapy to more or less powerful drugs.

Painkillers are classified into three levels on the analgesic scale defined by the World Health Organization (WHO):

Despite the risks of side effects, such as constipation, nausea, dizziness, and the like, medications are often needed to relieve pain.

Opioids still get a bad rap because they can be addictive. In the event of acute pain, the risks are lower, the treatment being punctual.

The doctor must weigh the pros and cons when the pain is too debilitating or unbearable. In the elderly, opioid dependence is also rarer than in young people.

Alternative methods, such as chiropractic, acupuncture or naturopathy have also been proven in the treatment of chronic pain in the elderly. Some even turn to hypnosis or different natural therapies.

It is also interesting to note that the biological drugs prescribed to treat rheumatism seem to have a protective effect against Covid-19 (according to a review of the literature presented during the ACR Convergence, at the end of 2020).

Are you lost among the different types of care for the elderly? Justin Villa Care in Torrance, CA. A well known licensed in-home caregiver agency for seniors in Orange county is here to help senior members of your family to find relief from chronic pain!

Why do we have pain when we get older?

As the body ages, we are more likely to develop conditions affecting the joints. The aging of the joints can lead to inflammation, stiffness, a deformity, the pain of which prevents the practice of daily activities or makes them more difficult.

How to relieve sciatica in an elderly person?

The first-line treatment is often medication, based on analgesics, anti-inflammatory drugs, and sometimes – when the pain is very intense – morphine. This treatment stabilizes the pain, sometimes for several years.

How to fight against chronic pain?

Why can the elderly no longer walk?

The main causes in the elderly are the following: lumbosciatica, narrow lumbar duct with arthritis, osteoarthritis of the hip or knee, arteriopathy of the lower limbs, pedological problems, plantar static disorders.

Why do the elderly have pain in their legs?

The pain chronically affects many elderly people. It is often due to disorders such as osteoarthritis and can become disabling. Treatments exist to relieve pain.

You can find us on Google by clicking here 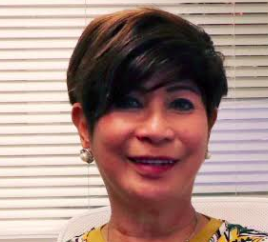 Brenda Villanueva, R.N. is the owner and supervisor of Justin Villa Care, LLC; a licensed in-home care agency that serves seniors in Los Angeles and Orange county. Since 2006, she has helped seniors stay at home through caregiver services, such as, bathing, dressing, meal preparation, transferring, incontinence care, and Alzheimer’s care. 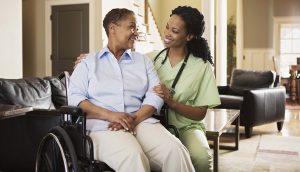 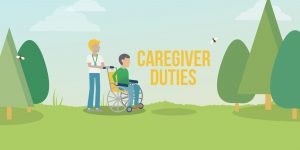 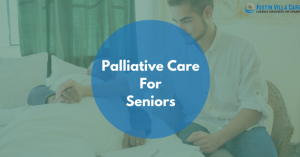 Owned, managed, and supervised by a Registered Nurse.

Justin Villa Care is dedicated to implementing proactive measures during this difficult time to support our caregivers, clients and families. Here are some of the measures we are implementing to help your loved ones to stay home and stay safe.

Our caregivers and staff have received communication and training in:

We will not place any caregiver with a client for a minimum of 14 days or until cleared by a medical provider if the caregiver has:

Fill out the form and we will contact you for a FREE No-Obligation quote.

We look forward to hearing from you!